If you’ve ever gotten cocky about what a hip 55-year-old you are, may I suggest a happy hour with your twenty-something nieces and their group of friends –all of whom you’ve known since birth– and getting roasted about your texting skills? 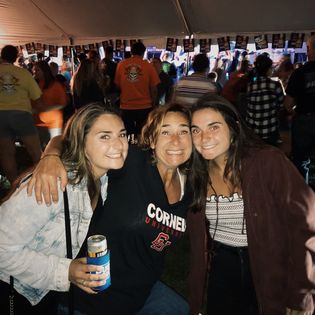 A different happy hour. Warmer weather. When I was still oblivious to my lack of hipness.

Surrounded by these “kids” — who I dearly love and I am pretty sure love me back — I got schooled. I was in the right frame of mind to not take it (too) personally, perhaps aided by a vodka and soda and the joy of the holiday season, and I found myself laughing until a few tears streamed down my face.

It turns out that the way I text sends a whole bunch of unintended messages to people three decades my junior. My punctuation, the emojis I use, and even how I use those emojis.

In some cases, they just broadcast the fact that I’m in my mid-50s and not my mid-twenties. But sometimes they miscommunicate a sense of urgency, or a lack of patience which, when coupled with the fact that they all know I lack patience –which I’m working on, I swear!– has meant miscommunication between me and each of them over the years.

That happy hour banter was symbolic of lessons learned, the hard way, about what is termed “Generational Intelligence.”

Welcome to my Ted Talk.

That journey started with an ASSE conference way back in 2015. I was a speaker, and doing a talk about engaging safety training, a topic near and dear to my heart. But once my talk was done, I was inclined to pop in on a topic called “Safety and the Millennial Generation.”

It seems I wasn’t alone. The space was standing room only.

In short, the presenter was a dynamo. He was a millennial, a young safety professional, and he was conveying to the group some generalities about his generation, how their frame of reference was influenced by their upbringing, by technology, by parents who raised them differently (often) than previous generations. The talk was meant to be enlightening, and it was.

I was fascinated, tending often to be a doe-eyed curious type, by what I was hearing. Considering how we, as safety professionals, were going to be challenged by connecting to and coaching these young people entering the workforce in droves.

But what was more intriguing turned out to be the reaction of the audience.

Most of them a generation older than the presenter, they were frustrated.

While there was not an all-out rebellion, the audience ended up bonding with one another over shared tales of their non-success stories. The young man’s talk, while objectively absolutely the right message, fell upon ears that day that largely could not hear. Deafened by their own defensiveness.

I found myself vowing to be open to listening. To continue to be fascinated.

It was the trigger for incorporating a web-based training company despite a visceral disdain for online safety training. It was a “if you can’t beat ’em, join ’em” situation. I opted for joining. I saw the billboard announcing the future.

I do not mean to imply, by a long shot, that this was a lightbulb moment and I was suddenly enlightened, and on a smooth path without speed bumps. Hardly. It’s looked more like this. 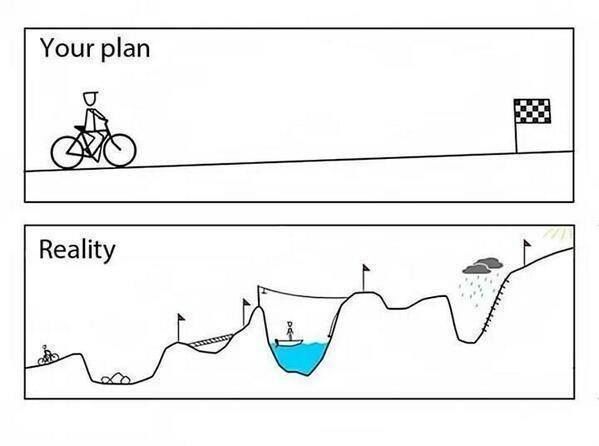 For the record, I’m not at the finish line. I’m in the boat.

My nieces will tell you, if asked, that I have stepped in it routinely over the years. I’ve shat on their ideas, their dreams, their journeys, with my best-of-intentions-but-still-righteous advice, borne of I’m-older-and-therefore-I-must-know-better. The Queen of Unsolicited Advice.

But they forgave me, and I forgave them for the moments they questioned that my motives could possibly be anything other than wanting the best possible for them, loving them fiercely, madly, such as I do.

They turned out to be subtle guideposts as I navigated a changing workplace, an advancing demographic, an evolving workforce. But in the end, it’s rather simple:

Sometimes we just have different ways of communicating, or getting those tools or knowledge. Sometimes those are related to the technology available in our formative years, how we were raised, or by a life experience shaped by the year we were born.

I was gobsmacked when my youngest niece told me she’d never actually stepped into a brick-and-mortar bank.

For my part, I like to remind my nieces that when I grew up, phones had cords. Dials. 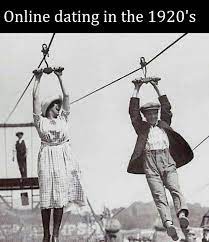 Pretty sure this is how my nieces envision me in my youth.

This seems to be a life lesson that keeps re-appearing in a billboard sort of way. Something that I’ve learned I should pay attention to, these patterns.

Nearly a year ago, I participated in my OSHA Authorized Trainer course, a re-certification I’ve participated in four or five times, but this time via Zoom. We were required to have our cameras on, which made something incredibly obvious, particularly as we went around and introduced ourselves. At least half of the twenty-some participants mentioned that they’d be retiring soon.

We were skewed. We were older. We were not a Zoom room full of young up-and-comers.

The individuals we were attempting to coach and keep safe were woefully under-represented. We hadn’t pulled them up alongside us to be our peers, or even our mentees.

We had a real problem. Duly noted.

More recently, I was connected by a dear friend to a young entrepreneur, Nathan Knight, one of the founders of a start-up called MinuteSkill.

Check it out: MinuteSkill: The Social Learning Network

Nathan and I immediately bonded over the concept of burnout, and I shared a couple of lessons learned the hard way about pacing one’s adrenaline. Nathan, poor thing, had met the Queen of Unsolicited Advice. But he was open to it.

For my part, I was rabidly curious. I wanted to know more about the platform created by Nathan and his other co-founders but what I really wanted to know was what made GenZ tick. How could my company connect with them in our eLearning courses?

Nathan shared a wealth of knowledge, we bonded quite immediately, both freaks when it comes to curiosity I suspect, and one of my favorites was this:

GenZ is not on LinkedIn. They are simply not there. So likely the way you found this blog, from my LinkedIn page or another social media giant, Facebook, nope.

And in the end, I think that’s what Generational Intelligence is all about.

It’s not about ageism, or at least I hope it’s not. It isn’t for me. It’s about knowing enough about someone thirty years my junior that we can connect. Going and finding them where they are. Using a language that they already know, and which, if I’m open, I can learn.

Hoping that they connect in return.

So here’s to the “kids” in my life. You keep busting me when I’m stupendously un-hip. I’ll keep laughing. Listening. Learning. 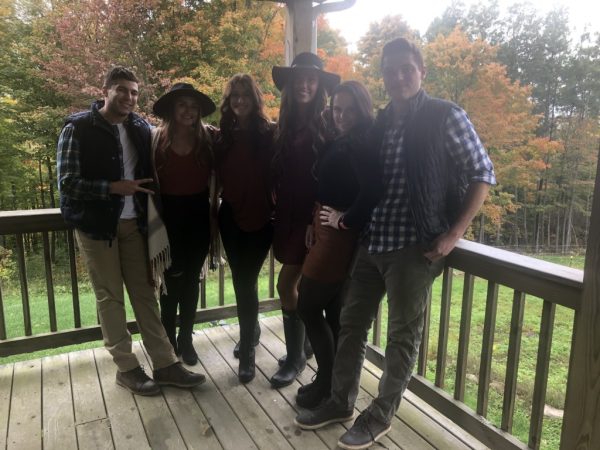 Because what’s not to love about this amazing crew?